Here’s a behind the scenes look at some of the steps involved in the creative process for the design “Forgiven”.  It starts with an idea that I get or search for.  I was doing a drawing for a prompt of “splashes”.  I looked for some images to inspire me.  After that, the idea started to form about what I would draw and what it would mean to me.

I sketched with pencil the outline and layout of a woman with her head tilted back.  Then I began painting in the skin tones and defining the features with an opaque watercolor paint called gouache.  Lastly, I painted the background and then the details of the water splashing.  I digitized the painting and enhanced it on a computer, where I was also able to add text.  I chose “Forgiven” because I felt like she was released and made new by the water raining down on her.  It was symbolic of Christ’s forgiveness and the freedom one feels because he has washed away our sins.  1 JOHN 1:7 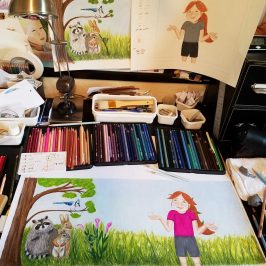 The fifth step of illustrating a children’s book is creating the final artwork. I’m working... 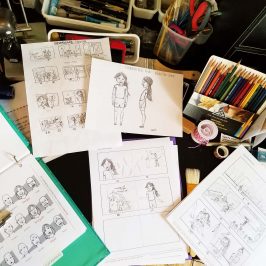 This is the third blog post in the series of Children’s Book Illustration. It’s a...

If you read my previous blog post on Illustrating a Children’s Book, I covered Character...

My new venture us working on children’s book illustration!  I just completed a course with... 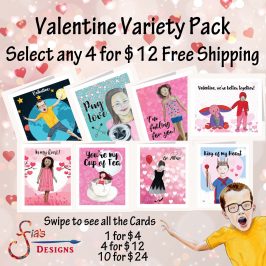 Who’s your Sweetheart?  It’s okay if it’s you mom or your fur baby!  I totally...